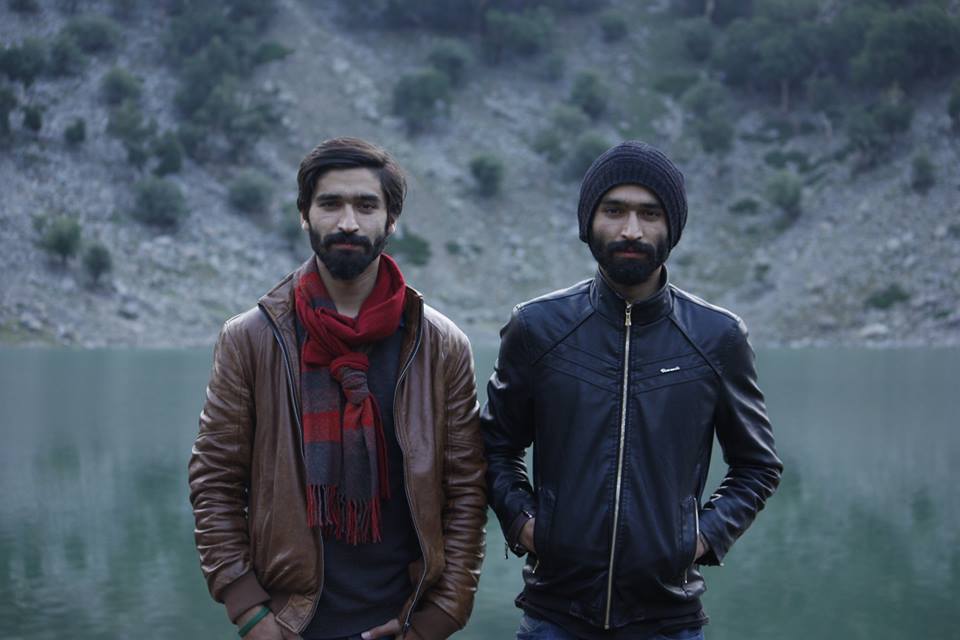 Twos the Band-The voice of north is a musical band of twin brothers Akeel Ashumat and Sajeel Ashumat. This band is from a beautiful northern region of Pakistan-Skardu. Both brothers are working hard to achieve their dreams and they officially releases their 1st song on 2016  named Yaadian and recently they also releases one of the beautiful song Waadian which is related to their home town-northern areas of Pakistan. You can subscribe and listen to their songs on their Youtube channel Twos the Band and for any updates you can also follow this band on FB: @voiceofnorthe and on IG: @twos_the_band.

I interviewed one member of the band-Akeel Ashumat , a good, humble and multi-talented person. He is not only the Lyricist and Vocalist of his band but he is also the Guitarist and Vocalist of a Folk musical band Zerbiding from Gilgit-Baltistan moreover he is also the Lead Vocalist of newly created band ProZac. He often do live jamming session on his Instagram and Facebook so if you are interested in listening something new you can follow him on IG: @akeelashumat , FB: Akeel Ashumat and TW: @Akeel_Ashumat.

1. Who has been your greatest inspiration?

2. What do you do when you feel stuck, depressed or demotivated?

I have a way to get rid of everything negative and that is i sing and I write in the moments of negative energy.

3. Did you face any setback, obstacle or failure in life? If yes, then how you overcome it and what you learned from it?

Rejection from selection in Army then rejection by the girl whom I loved gave me the meaning to prosper in practical and personal lives respectively.

4. What (person, book, quote or advice) greatly influenced your life?

I have been influenced by a lot of people, and I used to read books but it’s been a while I left reading and got into music. So yeah, not really inspired by a book at all, my father my brothers and above all my mom are my influences.

“All that glitter is not gold”

This quote has a meaning of mundane and cover all the drawbacks of our current lives.

5. Which book you would recommend to others and why?

I don’t read books at all but to enhance knowledge I should recommend The Spy Chronicles: RAW, ISI and the Illusion of Peace by A. S. Dulat, Aditya Sinha, and Asad Durrani.

6. How do you spend most of your time?

Learning music. I play by my own and sing along so it needs a lot of practice of course, most of my time is invested in music I must say.

7. What change of habit, belief or behavior improved your life?

I get organized, from a Conservative school of thought to a quite Liberal one that’s what helped me improving and getting my life straight.

8. What advice you would give to someone starting out on this career path?

Just believe in yourself because you are worth it nobody knows your worth except you.

Live in peace and harmony hatred has nothing to do with any constructive end.

That’s all folks.
You can join my personal mailing list by subscribing to my Blog. Stay Blessed and Allah Hafiz.

An individual who is committed to learning, growing and being the best.